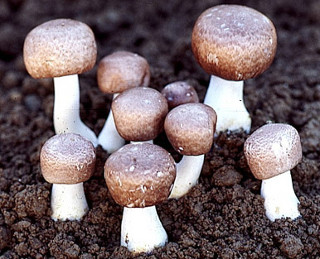 Also known as “Brazil Mushroom” it is originated from Piedade, located about 200 km from Sao Paulo, Brazil. Natives of Piedade have been consuming ABM as part of their regular diets and have been enjoying good health and long life. There were rarely any cancers cases or immune system related diseases which are so prevalent in today’s civilized society.

Arising from this, many scientific researches were done by Japanese and American scientists to study and analyze the nutrition contents of ABM. The findings show that ABM stimulates the immune system and has very powerful anti-mutagenic and anti-cancer effects. The main reason why ABM has such powerful anti-cancer effect is because of its high content of ß-Glucan . Many researches found ß-Glucan to be an important immune activator which activates the immune response in the body creating a system of defense against viral, bacterial, fungal, parasitic or potentially cancerous invaders.

Since then, the popularity of ABM has grown tremendously and became known as the health food that promotes a strong immune system and fights various life threatening illness including cancer.

Other than being an important anti-cancer health food, ABM has other major medicinal benefits which include :-

People over 40 years old should consider consuming ABM as part of their regular diet as at this age, their anti-cancer immune system begins to weaken ABM can be taken on a regular basis without any side effects while improving their anti-cancer mechanism and reduced the chances of cancer by over 90%. It also contains 25% polysaccharides to combat cancer.